A few kilometers from Matera, within an hour or maximum one and a half hours of driving, you can encounter different and important points of interest, which can be visited during the day. Programing a medium-long holiday that has the epicenter of the city of the Sassi, will allow you to experience a satisfying and fulfilling experience, visiting many of the most beautiful resorts of Basilicata and nearby Apulia. These are some of our suggestions.

Montescaglioso (19 Km, 15 minutes): Montescaglioso is a small village not far from Matera, which preserves one of lucanian artistic masterpieces: San Michele Arcangelo Abbey, founded by the Benedictines in the XI century. It is also worth mentioning the eighteenth-century Mother Church, which with its bell tower of 45 meters dominates the inhabited center. It contains 4 works by Mattia Preti. Montescaglioso divides Matera with the Park of Murgia with numerous rock churches, which can be visited by simple paths. 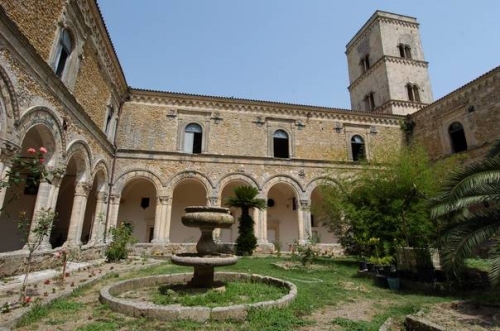 Altamura (20 Km, 20 minutes): a medieval village with a renowned cathedral, it has its reputation for its famous bread similar to Matera bread (but less good, say here in Matera!). The Cava Pontrelli keeps thousands of dinosaur tracks dating back over 70 million years ago (hope will open early).

Miglionico (20 Km, 30 minutes): in this small town in the hill oh Matera was written a famous chapter in medieval Italy history. Its castle is in fact nicknamed “Malconsiglio Castle” and it was the scenario of the “Conspiracy of Barons” (celebrated in August each year with a spectacular historical show) in 1485 by southern feudalists against the Crown … 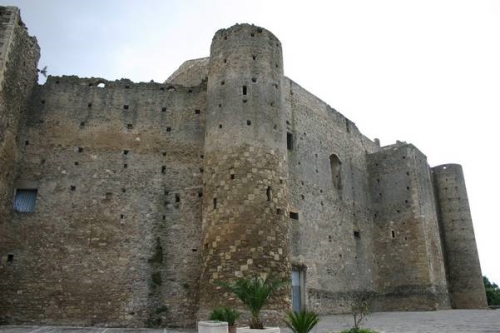 Costa Jonica, da Metaponto a Policoro(40/50 Km, 40/50 minutes). Besides the wide golden beaches, a favorite destination for summer vacationers, the Ionic coast also offers interesting testimonies of the glorious Greek past. The colonies of Magna Grecia (Metapontum, Siris, Erakleia) were flourishing and lush. In Metaponto dead the great mathematician Pythagoras. Witnesses of that season are excavations archaeologists, museums, and the majestic Palatine Tables, rest of the greek temple of Metaponto.

Irsina (45 Km, 45 minutes): religious and cultural center in medieval times, has recently climbed to the forefront of the chronicle for the discovery of a wooden work attributed to Andrea Mantegna, to date the only sculpture that came to us of Padua’s genius, one of the fathers of the Italian Renaissance. Also enjoy the view of the beautiful countryside surrounding, with sweet and combed hills that change color every season depending on the current agricultural phase. It is one of the favourite towns for foreign people that decide to transfer their residence in South Italy…

Craco (56 Km, an hour): The old town is a ghost town of medieval origin, abandoned in 1963 for the frantic phenomena that were affecting it. His s 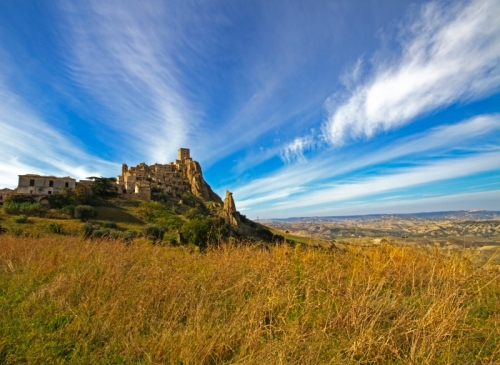 Tursi (70 km, one hour): rises among the slopes of sandstone hills between the rivers Agri and Sinni, about twenty kilometers from the Ionian coast. The village is dominated by the Rabatana, founded by the Saracens before the year 1000, a tangle of cobblestones, tunnels, boulders, alleyways and winding stairs that lead to deep precipices dotted with caves dug into clay. It was sung by poet Albino Pierro, multiple times nominee for the Literature Nobel. 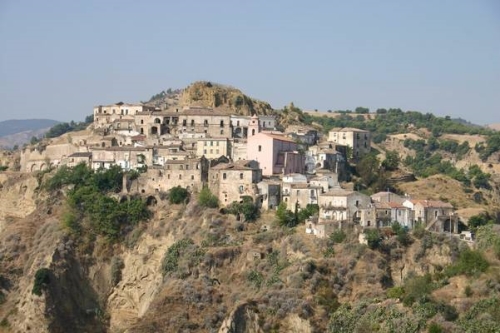 Castellana Grotte (65 Km, an hour and 20 minutes): a visit to the extraordinary heritage of stalactites and stalagmites of this world-famous site is an unmissable emotion.

Alberobello(70 Km, an hour and half): Unesco site since 1996, the picturesque town of trulli, celebrated in billions of photos, movies and reproductions, certainly deserves a visit.

Castelmezzano e PietrapertosaCastelmezzano and Pietrapertosa (80km, 50 minutes): both in the list of the most beautiful villages in Italy, share the spectacular and romantic panorama of the Lucanian Dolomites, now famous in many photos and postcards. Those who love the thrill can experience the adrenaline of the Volo dell’Angelo: one and a half Km free-of-flight suspended from a steel cable stretched between the two countries, reaching peak speeds of 120 km/h.

Aliano(90 km, one hour and 10 minutes) has its reputation for having been chosen as the town of the confinement of Carlo Levi, who resided here three in 1935 and 1936. The stay was so impressive in his life that some a year later he wrote the book “Christ stopped at Eboli”, causing scandal for the revelation of the terrible living conditions of the Lucanian, so far from well-being and progress. To the writer and painter Levi is dedicated a beautiful literary park, and it is possible to visit the symbolic places of his adventure on this land.

Venosa(94 Km, one hour and 15 minutes): inserted in the list of the most beautiful villages in Italy, Venosa was the homeland of the great Latin poet Orazio Flacco born here in 65 AD. It preserves numerous archaeological testimonies of its glorious past, such as the Casa di Orazio, the tomb of the Roman consul Marcello, the castle of Pirro del Balzo, the complex of the Holy Trinity, the so-called “unfinished”

Melfi (120 Km, an hour and 20 minutes): an important center of the Norman age, preserves one of the most majestic castles of Frederick II overlooking the beautiful medieval village. The Santa Margherita crypt is one of the jewels of rock art, with the famous fresco depicting Frederick II in hawk dresses. 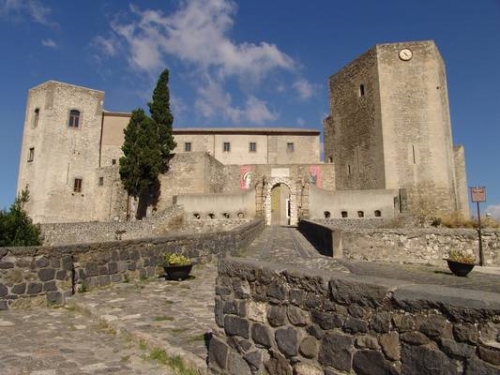 Finally, not too far away, but reachable on a journey of more than a couple of hours by car (not so much as the distance from the air, as for the non-optimal communication routes), you can also reach the resorts of Maratea , the park of Pollino, the lakes of Monticchio, the first beaches of Salento …

... or visit the Contacts page.

Hi, we are Nino and Mariela!
We love to travel and to make "excellent" the travel experience of our guests!
You don't have to visit Matera, you have to live Matera! :-)